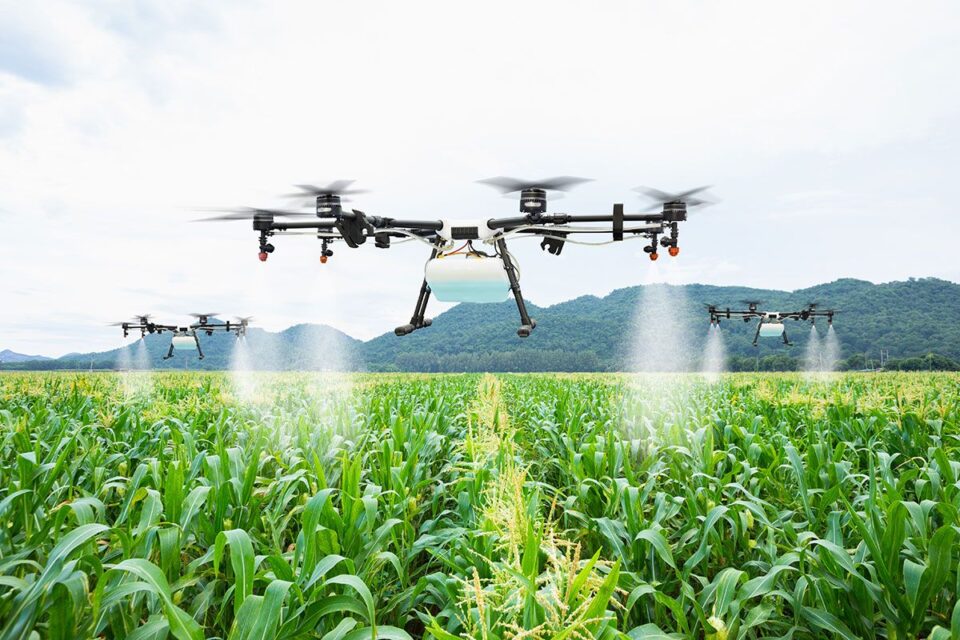 It has been quite sometime that drones have found an important position in the private industries. However, after the makers had come up with new additional features in the drones, they have become increasingly popular in the commercial sectors. Like other industries, the agricultural sector has found drones an essential part of their framing regime.

Climate change and farming go hand in hand. An effect on one brings an impact on another. For example, if the climate is not suitable for the growth of crops, it leads to a lack of productivity, leading to difficulty in cultivating crops. To overcome these natural obstacles, farmers are looking for newer and better strategies to increase production. Here is where agriculture drones satisfy them. Even in most critical conditions, these agricultural drones do not fail to keep the farmers informed.

The ever-increasing demand of the growing population would have been challenging to meet had the agriculture drones not been introduced into the farming sphere. However, with the drone technology, the farmers have successfully been able to get rid of the obstacles as the purpose of the drones is to check the crops that have been scattered across acres and acres of land. Drones are said to be one of the sophisticated ways of monitoring crops.

If farmers start applying pesticides and insecticides in the field manually, the distribution will be uneven. With drones, the farmers can quickly know about those locations where the pesticides have been missed out and in what amount. In addition, since the drones are manufactured with the right equipment, they will help farmers scan the field and spray the chemicals evenly. As a result, the quantity of the chemicals will be reduced.

One of the noteworthy features of drone technology is it has brought up new employment opportunities to the people residing in rural areas. In rural areas, agriculture is the primary source of income for the people. However, after introducing drone technology, people are now interested in learning the working and mechanism of agricultural drones to work with the drones on the fields.

With one single flight of drones, the farmers can analyze large acres of land. Also, agricultural drones provide much more than satellite photographs. Since satellite imagery is highly expensive, the farmers now have used drones as they are comparatively cheaper and work faster and more efficiently. In addition, drones help the agricultural lands to be monitored precisely.

Therefore, it seems that drone technology will be a guiding light for many more industries in the future. For better production and cultivation, farmers in remote areas should be taught about the working and use of drone technology.

How Do I Find My IKIGAI?

Different Ways A Reputable PR Agency Can Assist Your Business

Selecting The Best Cleaning Company For Your Industrial Workplace

Tips on Starting your Business

Top 5 Tips for Writing Minutes in a Board Meeting