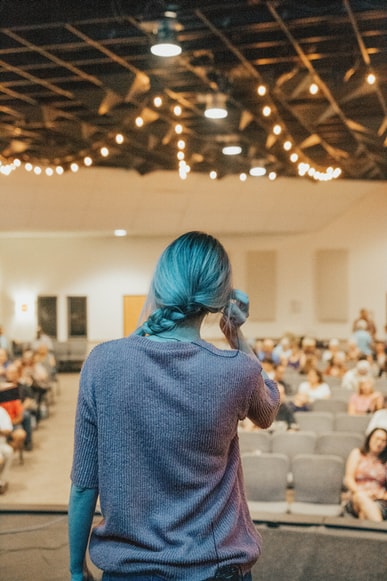 The saying goes “it is not what you say, but how you say it” and this is largely down to accent, tone and pitch. In this article we take a look at those aspects of communication so that you can learn how much more meaning your words can have in both personal and domestic use of language.

What Are Pitch, Tone & Accent?

When we talk about tonal languages, tone is different to intonation (mentioned below) and instead refers to languages that are tonal and words are different depending on the pitch used. Vocal tone also means the tone in which we say things to convey the way we mean them. Tone can be serious, angry, playful or cheeky. “Don’t take that tone with me” is a saying which is also a great example of how tone works because it is a sentence commonly used as a reply when a person says something in a way that is not acceptable to another person. They may then protest “I said sorry” and they would then be told “it’s not what you said, it’s the way you said it”. This common exchange in all its variations is how tone works, it’s the way we say the language we use.

On a basic level, vocal pitch is where something making noise is vibrating a certain number of times per second. Anything that does this and vibrates regularly can have a pitch. Your vocal chords, a ukulele, even a cane twanged off a table.

In terms of your speaking voice, we recognise vocal pitch as how our voice sits between the lowest and highest sounds. Of course, no one pitch is definite because it depends on the person’s ears hearing your voice, which can be different. So, when there are ears to hear the pitch of your voice, high or low is down to what those ears perceive. Pitch is slightly complex when you look into its relationship to instruments because it all depends on the instrument and how it is built or made to use. The same is with vocal chords, which has its pitch defined by how quickly the folds vibrate, which is generally accepted as faster for higher pitches, and slower for lower pitches.

Interestingly, there are multiple languages that are classified as pitch-accent languages because different syllables have a distinct pitch associated with them. Serbo Croatian, Slovene, Norwegian, Japanese and Korean are some examples of pitch languages.

Pitch is different to intonation which is the rise and fall of a person’s voice when they are speaking. Intonation is important because it places additional meaning and musicality to the way we sound. Without intonation we would sound like Daleks.

Accents are the way a person speaks depending on where they are from geographically. Accents can be specific to a country, such as a British accent which a lot of people perceive to be RP (received pronunciation). In reality, those accents are not general and every country has many different accents within it, all of which are quite distinct. Currently, the most popular accent in Britain is Geordie, but this changes regularly and in reality, there’s a rich history behind every accent in the UK to be appreciated.

Accent also means the way we put focus on a syllable to make it sound different to the other syllables and these come in different forms. You can find out more about how to identify an accented syllable in this handy Youtube video.

Why Does Accent, Tone & Pitch Matter?

Accent, tone and pitch provide a huge amount of information beyond the words we say, which is why they all matter hugely in all areas of life where words exist.  This is especially true when we consider the differences that different accents can make to speech – think about the difference between Spanish and Chinese, for example.

A great example of this is with a study that appeared in ScienceDirect and it discussed how we prefer to hear people who sound like us, but if they do have an accent, we can still build trust if the right tone is used. We may also prefer certain accents, which could then influence our likelihood to accept what is being said. For example; British accents are supposed to be the sexiest and yet, that usually refers to how other countries perceive British people to sound, which as we mentioned above, is not always ‘Queens English’ and it can be a wide range of accents, many of which can be challenging for people from other countries to understand.

You might choose exactly the right accent and even get the tone right, but then pitch comes into play. Nasal, high voices like Janice from Friends are commonly accepted as vocal pitches we don’t enjoy. Higher voices in women are generally seen as more attractive because they suggest youth and a smaller sized female, but, in terms of what we prefer to listen to, it is lower pitches. There are also qualities like vocal fry, commonly associated with teenagers, and seen in characters like Lola Ugfuglio in Big Mouth, or in mega-star Kim Kardashian.

To summarise, the words that we use are far beyond the words themselves. The overall sound of your voice, the way you say different words, the accent you have, your natural pitch and tone all impact how your words are received.

Add to that where the words are applied such as; in a podcast, conversation, speech or training video, all impact how your words are received because of the context your words are heard within. It’s complex but it is so important. If you want your words to have an impact professionally and personally, education is key.

Whether you want to adjust your voice yourself for better impact, or you are searching for a voiceover agency to hire an artist for a project and you need to choose someone with the most appealing tone – awareness is key. The more you know about the impact of how words sound, the more empowered you are to use that to your advantage.

How Will You Add More Power To Your Words?

If you’re thinking of hiring a voice actor, getting training for delivering a speech, or looking to enhance your marketing with better script delivery, knowledge counts. Knowing the impact of tone, pitch and accent means knowing that there are multiple extra tools at your disposal to give your words real impact.

Partner Visas to Ensure That Couples Remain Together

Are You Looking For Best Moving Services in Toronto?

The Application Process Of Emirates ID

How data or information is secured through SSL: A ultimate guide by Privnote.com